The van has always, well since we got it, had a bit of a problem with rough idling. Various mechanics have noted it. The people at Burwin Volkswagen said that there were wild fluctuations in the injector pressure and suspected that it might be the bearings in the bearings of the fuel injector. But that was only a guess and they did not consider it sufficient evidence to actually replace the injector.

Another issues has been an ongoing electrical one. We had to replace a battery. Several RACV men and one NRMA men said that it was not charging and that we probably had an alternator fault. Also the RACV man who replaced the battery noted that his tester indicated low amps running through the starter motor. But he did not consider this to be our problem.

In March, we took the van down to Princi Motors in Sylvan to have them look at the alternator, they took out the old one and bench tested it and they recommended a new alternator. So we put had them put in a new after market alternator. For a while the van worked properly, but gradually the problems reappeared. The battery would slowly discharge over a period of 3 or 4 weeks. The RACV men would say it was not charging. But the charging fault light stayed off. The van’s electrics clearly though it was charging. So it seemed that the problem was that it was not charging enough.

My suspicion, which also turned out to be wrong, was that there was some excessive load in the old wiring of the van, or one of the fans might be drawing excessive amps. But this also seemed unlikely as the heat generated by so many amps would be very high.

Then we we were in Sydney. We went to Slime Fest and when we got back to the van, it would not start. We called the NRMA this time. The man also said that the alternator was not charging. As it was dark, we would need to drive back on the battery only. So he spent some 5 minutes charging our battery to help us get home and recommended that whilst in well lit areas we use only our parking lights.

Kirsten now refused to take the van back to Melbourne without it being fixed. And also it was now the weekend.

Luckily, the guy at Faulconbridge Automotive Repairs, where we took the van exactly a year and a day before when the CV joint was broken, was open on Saturday morning. He agreed that it was not charging properly – only putting out 12.9 volts. If my memory is right, it should be putting out a rather more respectable 13.8 volts. He suspected the alternator’s regulator. Again he recommended a place to take the van. This time in Blaxland. But they were busy on this Saturday morning, so we delayed our departure by one day and I took the van down there on Monday morning. 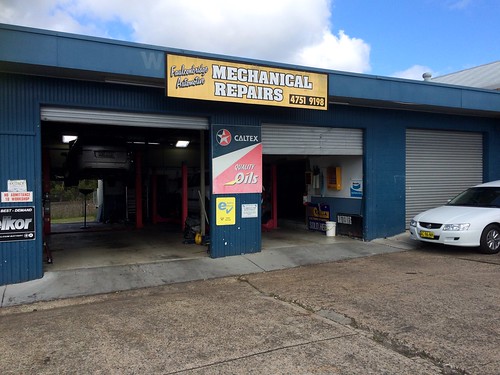 The guy at S & K Auto Electrical Service looked at the van. I told him the story as I knew it thus far. Though I did not mention the rough idling bit as I did not consider it relevant. He did some checking for the alternator part details on the internet and looked to his suppliers for the availability of a new alternator, shoudl we need one. We left the van in his hands.

He looked into the problem. He checked every thing. The alternator was a good working condition. He put in another alternator and it had the same problem. After rechecking everything, he noted that the van was not idling properly and this led him to the solution. The van has two earths. One for the battery and one for the engine. The engine’s one was faulty. This was limiting the current for charging, limiting the current for the starer motor and stuffing up the idle. 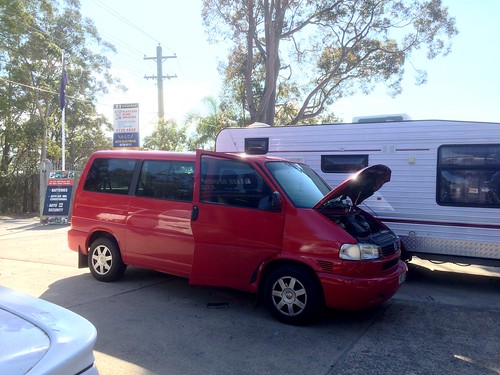 When I got back to the van, it was a marvel. It was a happy van. The idle worked, The battery was charging and it started properly and I didn’t need a new alternator. I was very happy.

We drove back to Melbourne without having to conserve power and the van is still going strong.