With a bit of planning and prompting, we headed up to the Seymour Flower Show for a second time running.

I headed out with the girls and picked up Lila and Teva. We then drove up to Yea to have a lunch stop.

As we approached Yea, there were many flashing lights. I thought at first it might be a police breathalyser point. As we neared it was clear that there were a couple of police cars, lights flashing and a couple of ambulances. The ambulance staff were just sitting around looking despondent. There was also a large 4WD. A man was talking to two police men. Otherwise no one could be seen. On the ground was what looked like a body under a white sheet.

We stopped at the good park at the old Yea Railway Station and wandered into the Amble Inn Cafe for fish and chips. We had the fish and chips in the cafe. I had over ordered somewhat as the fish portions were huge. We grabbed our fritters and returned to the park. 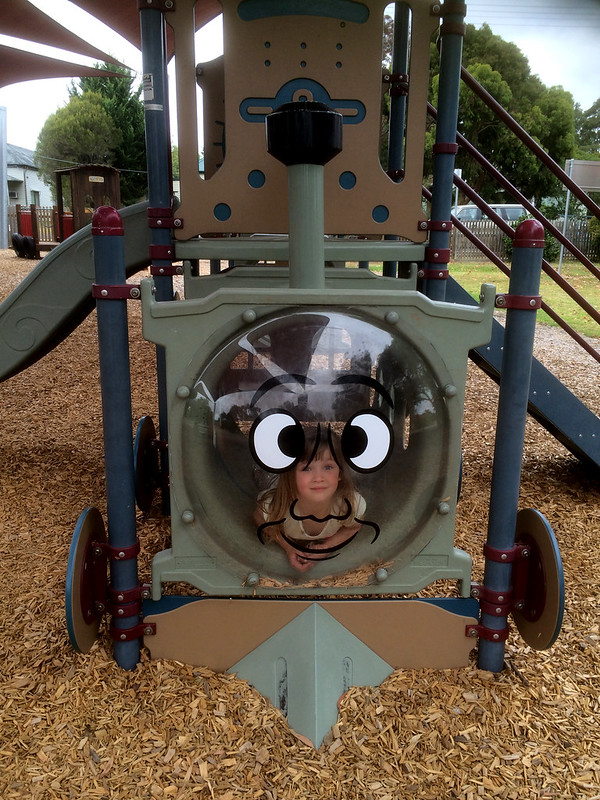 The girls had a play in the park. We finished our fritters and headed off to Seymour.

We arrived in Seymour about 2pm. Just in time to listen to a good choir and for the prize ceremony. Sadly, even though we had five tickets, we did not win the door prize.

I think our visit was quite appreciated. Recently the Melbourne Flower Show was on near our work. I overheard some coworkers saying how they thought the average age of those attending was 95. At the garden show the people were mostly retired. So our group of primary school aged girls was quite a standout. 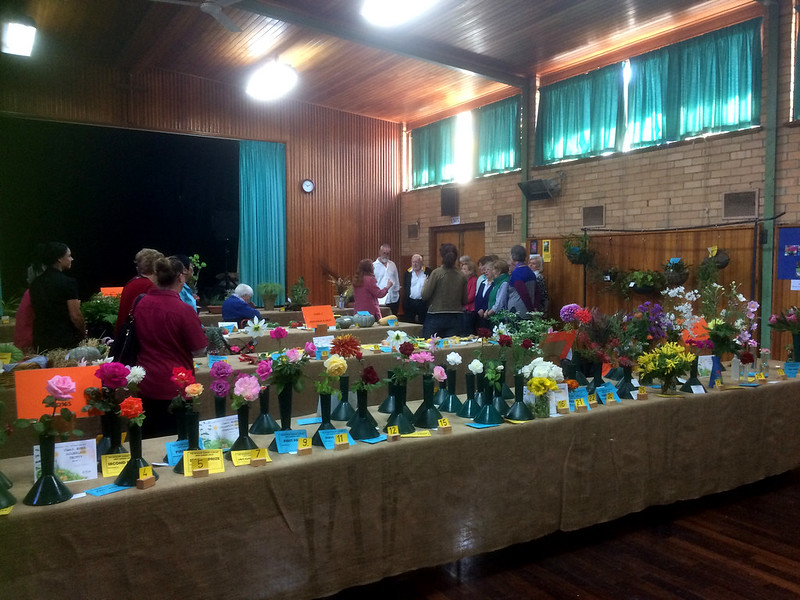 Most of the girls had Devonshire Teas, we said good bye to mum and headed off home.

At lunch I had offered the girls after lunch ice creams. But we were all so full from fish and chips that we postponed the ice creams. On the return journey the girls now wanted thier ice creams. Given that the fritters were so good we returned to the Amble Inn Cafe and had ice creams. The girls were a bit reluctant to return home. Instead we went for a walk in the Yea Wetlands. This was a good experience, even though it was at the end of a drying summer and there was just a bit of mud left in the main billabong. We enjoyed the walk over the suspension bridge and various board walks. 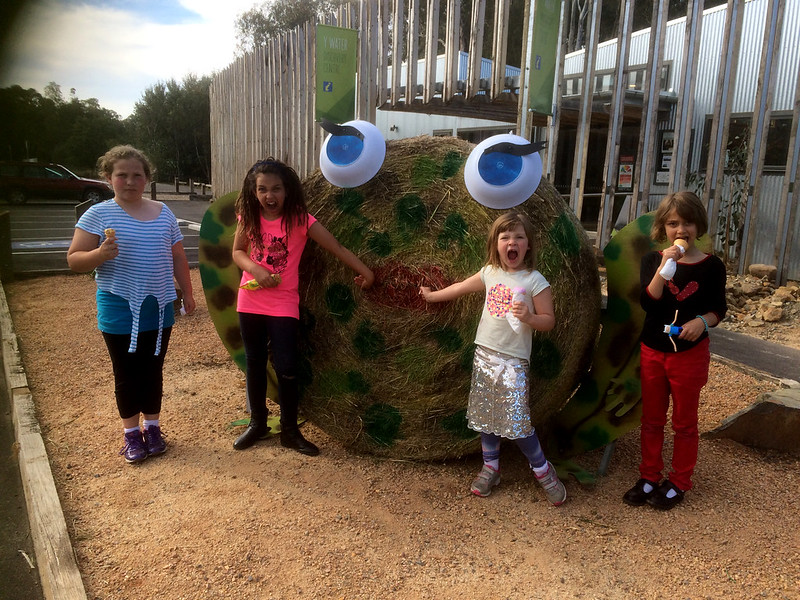 Lila said that she found a cockroach. But it was a well fed black cricket. Teva stomped on it. It is sad that the kids have been taught to fear insects so much. Our girls are the same.

We returned home and had Pizza for dinner.