For ages now I have been meaning to take Krysta out on her own and also to visit the National Gallery, Victoria. Finally I got the chance to do both when Teresa went to a birthday party.

Krysta was quite excited. We drove to Belgrave and caught the train. Slowly the train filled with more teenagers than I have ever seen in a train. I think the train should be called the teenager.

What we had totally forgotten about was that, being the Labour Day holiday, it was the Moomba Parade. As we were late, we missed the parade, but got the crowds. Neither of us much like crowds. Even if they are happy ones.

We went into the gallery and managed to find the children interactive section straight away. But it was quite crowded, so we went off to find other things. We did go back later and do some of the activities. They are always very good.

Krysta, who had been focusing on ancient Egypt at school the year before, was a little disappointed with the Egyptian Display. It had really good things to see, but was just a small room. We saw the Chinese and Japanese parts, modern art and more. Krysta still thinks of art as paintings. But really liked the fluffy toy sculpture and Krysta decided to make one of her own.
We had a posh tea in the Tea Room, with a tea like chrysanthemum tea in a glass pot. But they had run out of Chrysanthemum tea, so we had something similar. I do not remember it’s name. 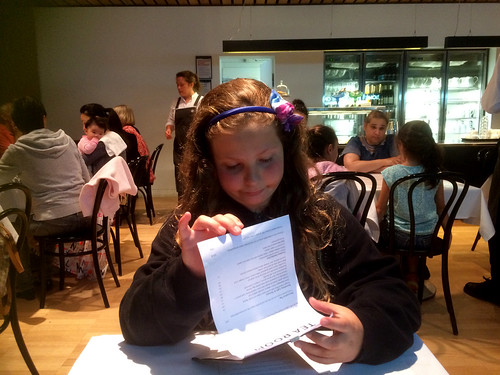 We found the Takahiro Iwasaki Reflection Model and another that you can climb through. 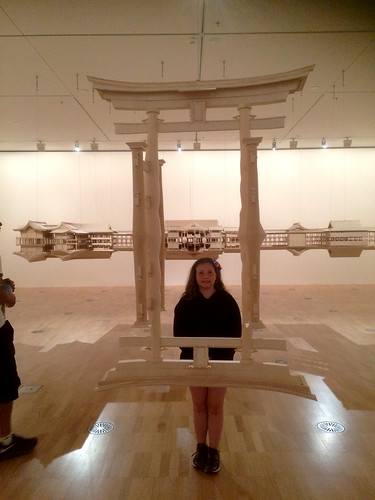 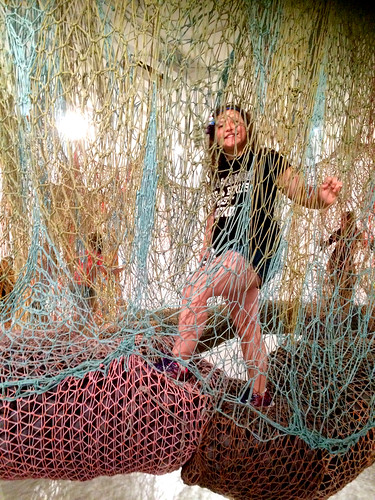 At the end of the day, we headed home, stopping for a bite to eat in Flinders Lane.